How to Save a Failing Marriage (With Tips From the Experts)

It is a well-known fact that 50% of marriages in the United States end in divorce. While this statistic is likely disappointing, it is an unfortunate reality of marriage that needs to be considered. It is reasonable to want to find a way to avoid becoming a part of that statistic and preserve your marriage. However, saving a failing marriage is not the easiest to accomplish, especially given the fragile nature of human emotions.

The puzzle of finding a way to salvage your marriage has existed for some time now. Fortunately, there might be a way to save your marriage from destruction. You only need to ask yourself what the marriage counseling experts say.

As part of the marriage industry, a marriage counseling field has emerged to help protect and heal marriages that are in trouble. These counselors have enabled struggling couples to maintain their connection with their spouses.

While there are some well-established techniques for trying to save your marriage without counseling, the best tactics are those cited by professionals who understand the fundamentals of the human mind.

Understanding what the experts say about your marriage can be a highly effective way to preserve your relationship. In the absence of direct correspondence with such an expert, several nuggets of knowledge from them can help you protect your marriage.

Table of Contents show
Tip #1: Beware the Horsemen
Tip #2: Do Not Use Conflict to be Cruel
Tip #3: Communicate
Tip #4: Be Empathetic
Know the Enemy

"The Four Horsemen of the Apocalypse predict an ailing marriage: Criticism, Defensiveness, Stonewalling and Contempt. The worst of these is contempt." ~ John M. Gottman.

Saving your marriage from failing requires you to know what jeopardizes it. While we are all aware of some of the worst offenses in marriage, such as infidelity and abuse, other issues can destroy your marriage just as thoroughly. Specifically, four devastating issues in marriage have earned a name for themselves in marriage counseling.

These issues were studied by Dr. John Gottman, a well-respected American psychologist specializing in relationship counseling and marital stability. Dr. Gottman's research led him to identify four key issues in marriage, dubbing them "The Four Horsemen of the Apocalypse," a title familiar to those with knowledge of biblical lore. 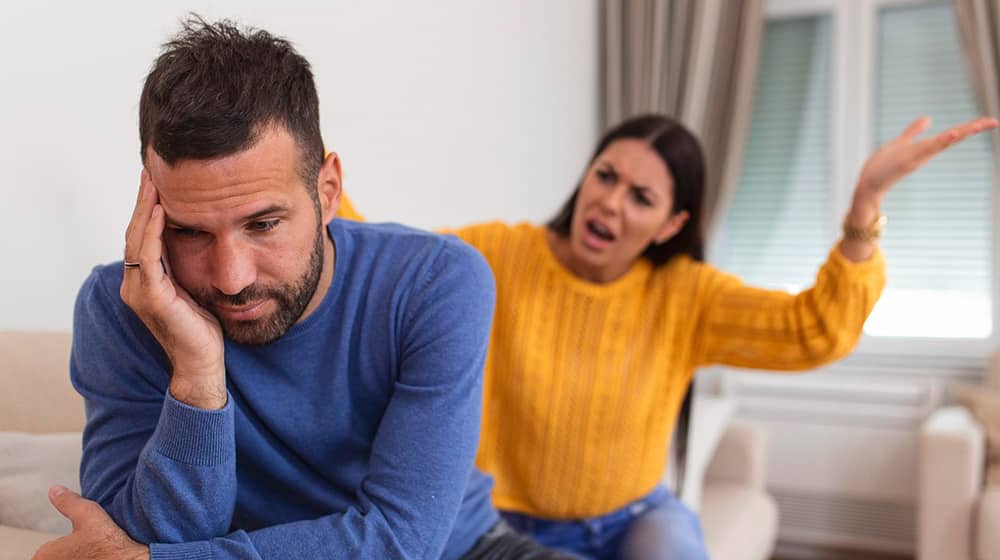 Dr. Gottman determined that these "Horsemen" are among the chief causes of divorce in the country as they can destroy the world that is your marriage. Given the nature of these Horsemen in Revelations, the biblical allegory is apropos. According to Dr. Gottman, these 4 Horsemen are:

Dr. Gottman purports that these 'Horsemen' are among the worst detriments to a marriage or any relationship. Given how often marriage counselors hear comments like "(s)he never listens to me" or "(s)he always takes things personally," we are inclined to agree with Dr. Gottman's assessment. However, recognizing whether these 'Horsemen' are riding through your marriage is the first step to saving your marriage. You need to know how to promote a healthier discourse in your relationship.

Tip #2: Do Not Use Conflict to be Cruel

"I believe we're going to find that respect and affection are essential to all relationships working and contempt destroys them." ~ John M. Gottman.

Unfortunately, many arguments between spouses quickly regress into screaming matches and name-calling. Likely why Dr. Gottman likens contempt to the worst of his proverbial 'Horsemen,' while anger is an understandable emotion, and it can be easy to feel frustrated with your spouse, it is crucial you do not allow this to become an excuse for cruelty or contempt. Even the worst fights cannot have you insulting, cursing, or belittling your spouse. 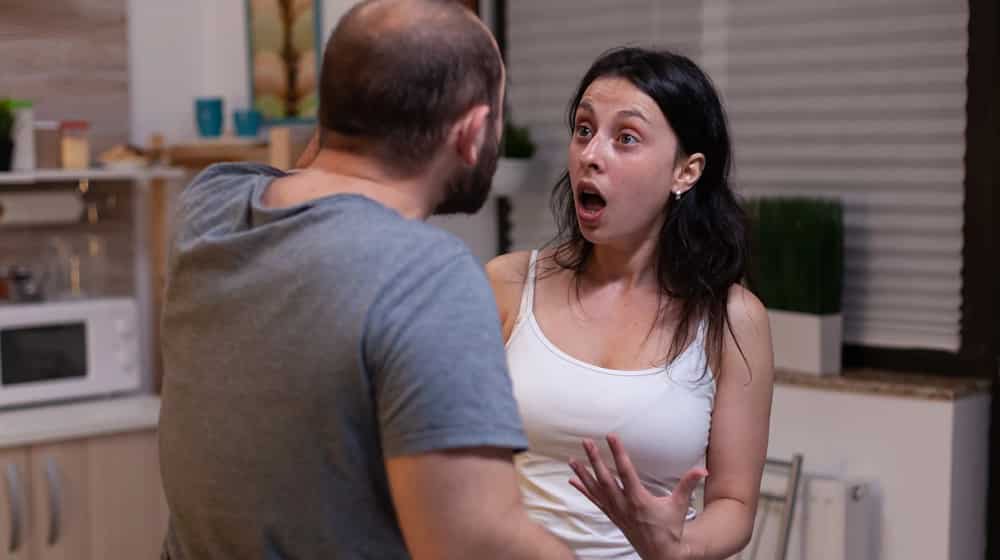 For example, let us say that your spouse has failed to take out the trash despite you reminding them multiple times before trash day. You might feel the urge to respond with:

"How could you forget to take the damn trash cans out?! Can't you do anything right?! You are so useless!"

A response of this nature would be wildly inappropriate. So instead of indulging in this hostile response, consider rephrasing to something along the lines of:

"I saw you forgot to take the trash out. I know you didn't mean to, but it makes things more difficult. Could you please remember next week?

This shows that you are upset with them for forgetting to take the trash out but shows compassion about what was likely a mistake. It also gently reminds them to be more aware of taking out the trash in the future. Cruelty and contempt are never valid responses in a marriage, no matter the situation. However, there is still more to consider if you want to save your relationship.

"I am very against the old relationship myth 'if my partner really loves me, they should just know how I feel.' This promotes mind-reading and blurry communication, which is not helpful in relationships." ~ Landis Bejar.

It is okay to be upset or concerned about a situation in your life. Sometimes, that concern directly relates to your spouse, and you are trying to get them to adjust their behavior to alleviate that concern.

However, the worst thing you can do is wait for them to try to guess what is bothering you. The longer you wait for them to "get the hint," your issues will fester until resentment sets in and you can no longer stand your spouse.

The only way to avoid this problem is to open a dialogue with your spouse to discuss what is bothering you.

The chances are that your spouse is unaware that their behavior is bothering you, and you cannot expect them to read your mind. However, if you approach your spouse, talk to them about the behavior, and explain why it bothers you, you will likely find they are willing to compromise. Sometimes, you can improve this conversation by outlining your concerns and why the behavior bothers you. This allows you to have a clear conversation that does not have you going into a tangent or triggering a secondary argument. 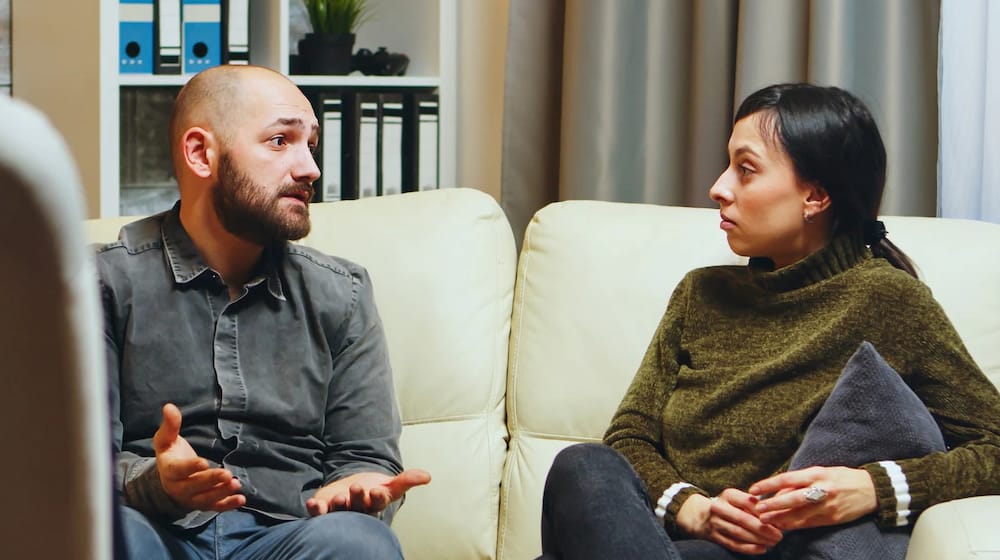 Simply going quiet and waiting for your spouse to know what is on your mind will make you angrier and irritate your spouse. This behavior usually includes dropping passive-aggressive hints to speed the process up. Still, these hints will only alienate and embitter your spouse, as they will have little insight into why you are suddenly treating them this way. Communication is one of the most powerful tools in a relationship since we can use it to speak our minds and reach a resolution. However, it is not a one-way street.

"In a good relationship, people get angry, but in a very different way. The Marriage Masters see a problem a bit like a soccer ball. They kick it around. It's 'our' problem." ~ John M. Gottman.

While your spouse might have been bothering you, you must prepare yourself for the probability that they will want to discuss similar issues they have with you. This constructive criticism allows you to improve yourselves and promote a happy union. However, if you become defensive and deflect the criticism to only focus on what you find frustrating, it will generate animosity and likely ruin the relationship.

Communication is key, and receptiveness is just as important. Once you can open a healthy dialogue with your spouse, your marriage should improve radically. However, there is one last piece of advice we have to give.

When you are married, you are in the ultimate relationship stage. Your marriage is meant to be the culmination of your love and fascination for your spouse that has developed over your entire relationship. The person you choose to share your life with is someone you likely feel comfortable with and are willing to express your deepest emotions to them. You also likely want them to empathize with your fears, concerns, and frustrations so they can provide you with the love and safety you crave. However, you need to be willing to give the same that you get if you want to preserve your marriage. 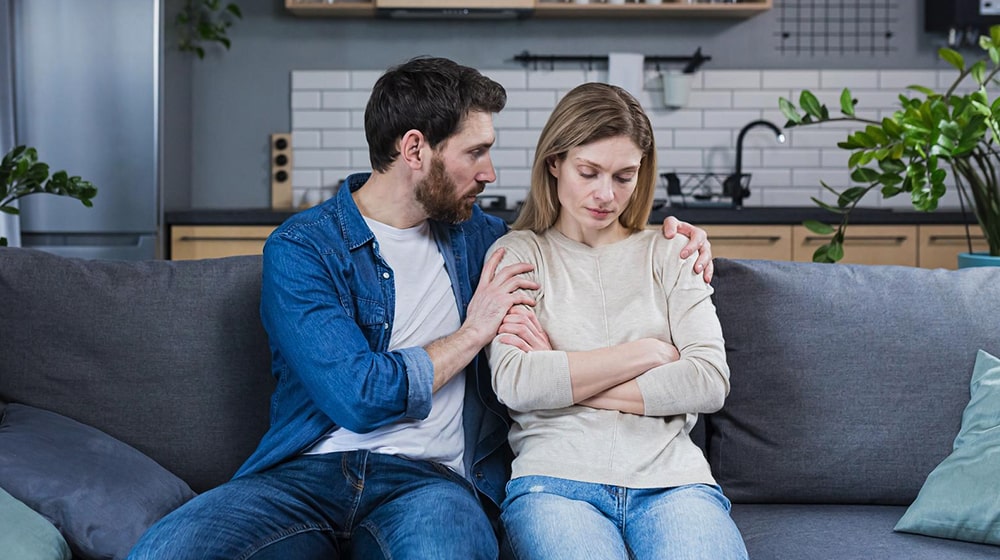 If your relationship is starting to fall apart, it is possible that your spouse feels you can never understand their issues or do not care. If they feel the empathy and interest go in only one direction, they will be more likely to want to escape the relationship to find someone willing to give them what they have given you. To empathize with your spouse or anyone, you need to truly listen to what they have to say so you can understand the emotional, psychological, and physical effects their story has had on them.

If you are unwilling to take an interest in your spouse's concerns, it is unreasonable to expect them to continue taking an interest in yours. However, making a genuine change to respect your spouse's concerns and empathizing with them can bring your marriage back from the brink. It is not easy to do if you previously could not extend that empathy, but you can make that change.

Marriage is one of the most sacred contracts in human society, but it is also one of the most difficult to uphold. Relationships require compromise, and marriage means you are willing to compromise with one person for the rest of your life. However, the phrase "familiarity breeds contempt" is often in our minds. Most do not realize that the phrase is not a prophecy but merely the result of losing sight of why we compromise with our spouses in the first place. Our love for our spouses led us to marry them, and that same love and patience can help preserve the marriage. 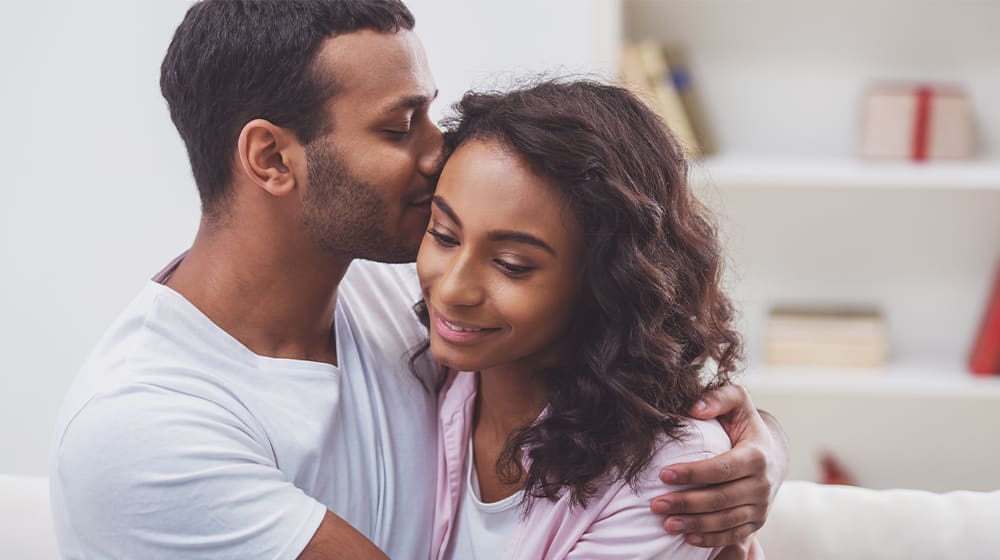 Divorce is far more miserable than marriage as it lands you back at square one. While divorce is sometimes for the best depending on what happened in the marriage, it is usually the result of couples failing to heed the words of experts like Dr. Gottman. If you are concerned about being able to execute this advice, you might want to look into marriage counseling to see if you and your spouse are still compatible.

However, if divorce is the only option left, which we hope is not the case, there is information available on how to survive the process. Ultimately, you may be able to avoid an unwanted divorce if you are willing to keep compromising and rediscover the common ground you share with your spouse. Respect, compromise, and mutual respect are all vital to any healthy relationship. 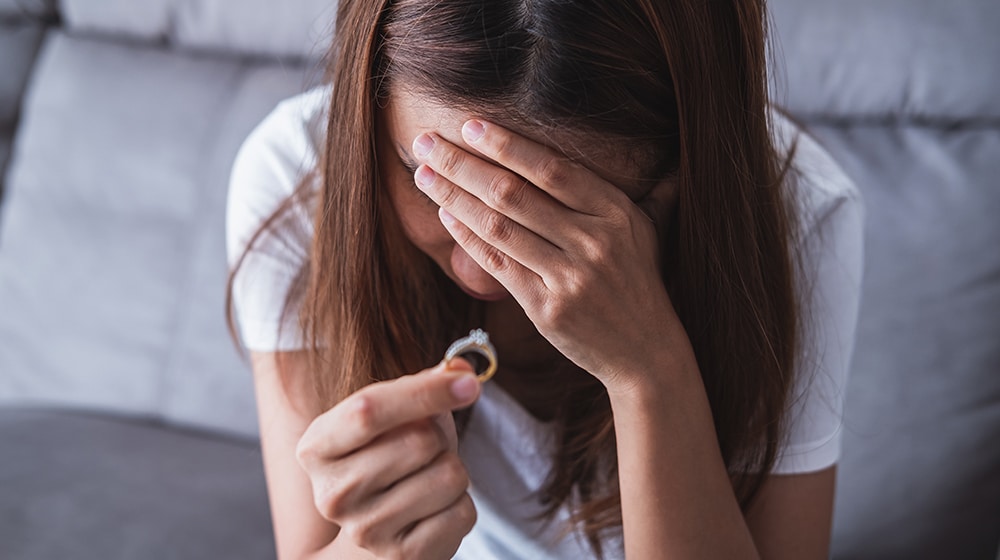 Marriage and Depression: Deciding to Save or Leave a Marriage 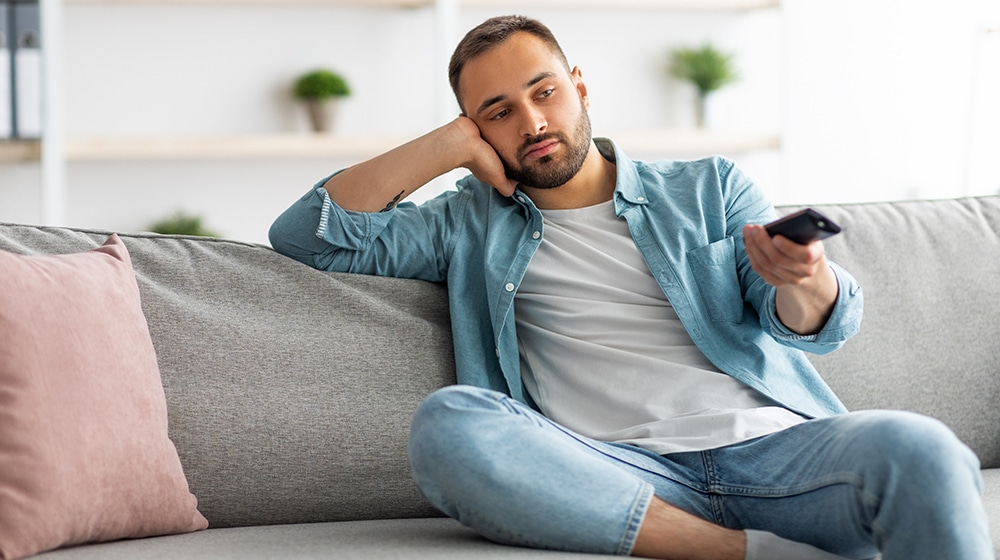 Why a Lazy Husband or Wife Can Commonly Lead to Divorce 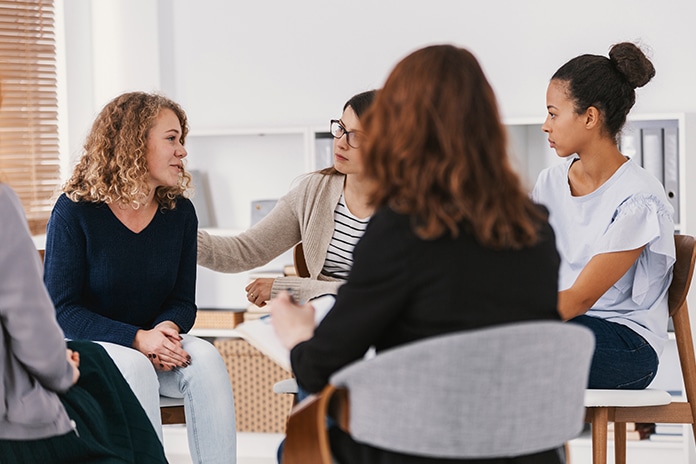 How to Find Divorce Support Groups for Support and Healing