Divorce Tips: How to Prove False Allegations From Your Spouse

Divorce is highly unpleasant by its nature, and it signals the end of a marriage you hoped would stand the test of time. An unfortunate number of marriages end in divorce, though there is usually a valid reason. The number of marriages that end in divorce seems to be over half, with some marriages ending due to one spouse being dishonest. If your marriage seems set for divorce, it is likely because you and your spouse have irreconcilable differences.

Divorce proceedings can be lengthy, drawn out, and contentious, and it’s not always a mutual decision.

If your spouse is telling lies to gain an edge in their divorce case or custody battle, that’s a problem you’ll have to tackle head-on.

Perjury is a crime, but that's only if your significant other is caught. Unfortunately, people lie in court all the time, and the justice system isn't perfect. Some lies can be hard or impossible to prove otherwise, and in two-party consent states, it's illegal to collect certain types of evidence such as recorded phone conversations.

If false allegations aren’t handled correctly, they can be disastrous to your case.

This guide will walk you through the process of handling false allegations in the best possible way. We’ll cover communication with your attorney, the documentation process, calling character witnesses, and doing everything you can to plead your case and prove that your spouse isn’t telling the truth.

Table of Contents show
1. Do Not Confront Them
2. Documentation is Everything
3. Call in Character Witnesses
What Happens to Liars in Court?
Learn the Law

1. Do Not Confront Them

When your spouse outright lies about you to improve their odds of "winning" the divorce, it can be tempting to confront them. However, this is the absolute last thing you should do.

When a spouse does something underhanded like lying about you, it is usually to get a reaction out of you. This reaction usually results in confrontation or outbursts during the negotiations that only serve to help your spouse cement their false allegations.

When you seek to confront your spouse over these allegations, it is viewed as a hostile act or an intimidation technique by outside parties. Moreover, such action can seemingly justify their allegations against you. 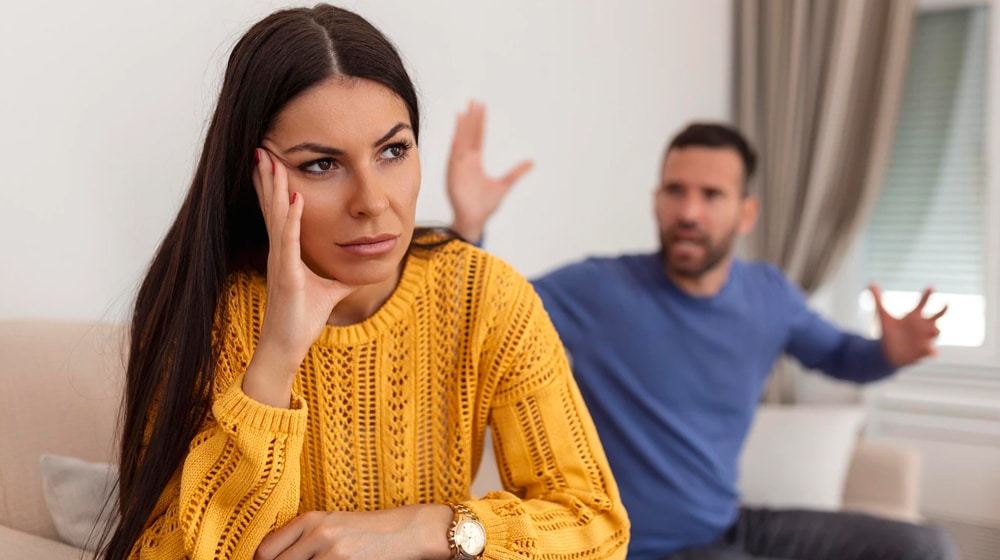 For example, if your spouse claims you were aggressive and abusive during the marriage, a confrontation could make it seem like you intended to harm them. The notion that you might have been abusive gains more traction if they accuse you of aggressive behavior during the confrontation. The idea alone can cause complications during the proceedings, especially if a judge is involved in the process. Confrontation paints you as a hostile and aggressive party in the marriage, and it only justifies claims of aggression made by your spouse.

Confrontation only complicates the situation and puts you at risk of losing out on negotiations during the divorce. The best action is to consult your attorney to see how you can disprove these allegations without discrediting yourself. Fortunately, tools and techniques are still available to ensure your spouse's lies are exposed.

One of the best ways to discredit your spouse's allegations against you is to acquire as much hard evidence as possible. While this might seem obvious, there are plenty of clues and documents that are commonly overlooked due to perceived irrelevance. If your spouse has a history of lying to you, you should expect they will lie about you during the divorce.

Fortunately, lies cannot cover up hard evidence of how the marriage truly was, and you would have spent a significant amount of time collecting a veritable library of evidence. All you need to do is gather it for your lawyer to review.

The evidence in question is remarkably easy to acquire. Gathering copies of all correspondence between you and your spouse is the place to start. This includes text messages, e-mails, and handwritten notes detailing what your spouse said to you and how you responded. Text messages and e-mails work the best since they are timestamped, whereas you can write a handwritten note at any time. 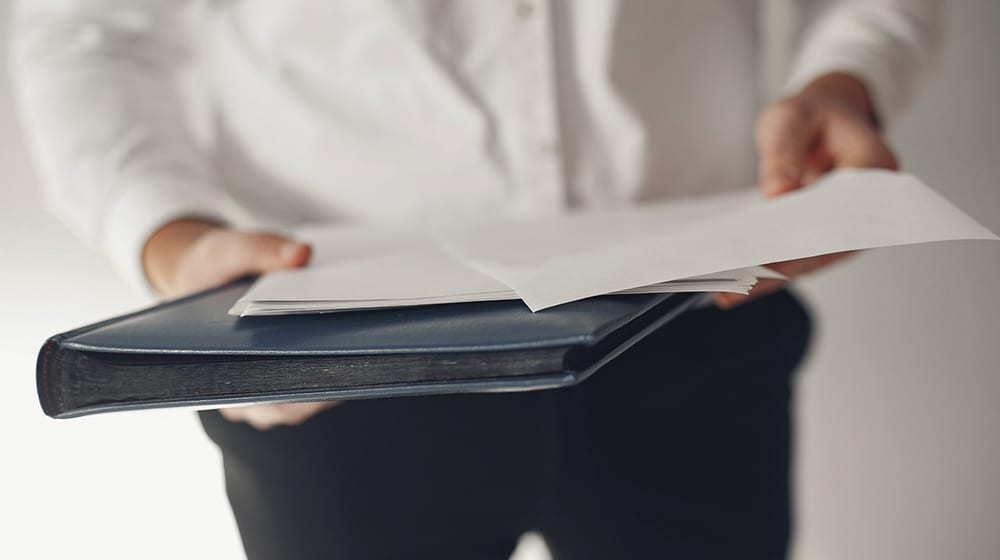 Throughout your marriage, you likely took several photographs and videos with your spouse and any children you might have. While photographic evidence is not always the most telling, video evidence is one of the most effective tools for separating fact from fiction. For example, if your spouse claims you regularly debased them verbally or physically harmed them, video evidence can disprove it. Likewise, any video taken on a day where you allegedly harmed or degraded your spouse verbally or physically can show evidence to the contrary.

Finally, you will want to gather all your most recent financial documents. In an effort to skew the spousal support negotiations, your spouse might accuse you of hiding funds. While you are permitted to open new bank accounts and manage funds that are strictly yours, you cannot make major transfers or transactions using the marital property.

Keeping copies of financial documents to prove your most recent transactions can be beneficial in disproving allegations of financial misconduct. If your latest bank statement only shows your paychecks being deposited into your account, not a large transfer from a joint account to a private one, it will disarm your spouse's allegation.

Documentation is, by and large, the most effective form of evidence in the world. It serves as proof of conversations and transactions, preventing any lies from spreading. Unfortunately, as useful as documentation is, it is not sufficient to completely disprove your spouse's false allegations.

In many divorce cases, it can become necessary for an individual outside your marriage to become involved in the legal proceedings. This is especially true if your spouse is making false allegations about the nature of your character. While not always viewed as the most reliable source of information, it is sometimes advised to call in a character witness to defend you in the face of allegations from your future ex-spouse. 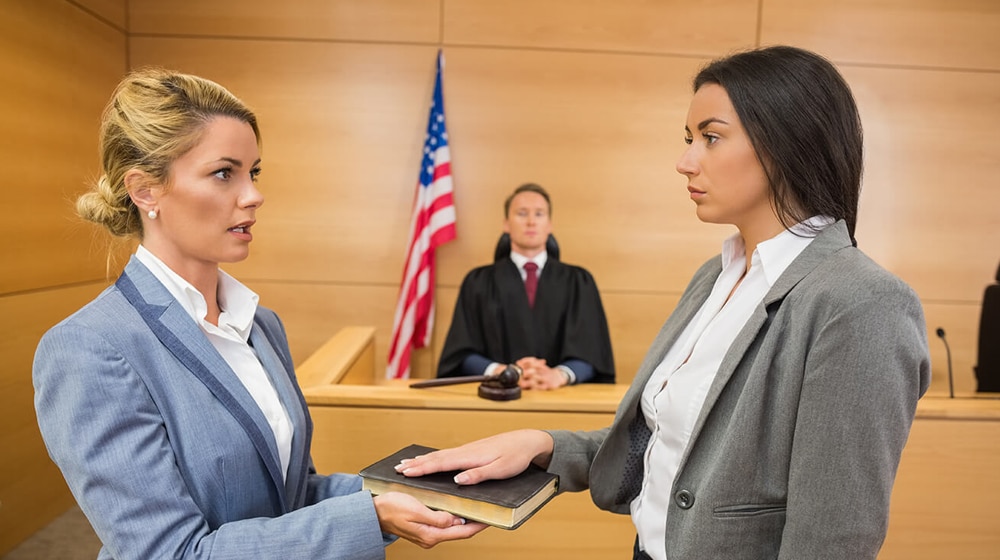 While a character witness's testimony is usually taken with a grain of salt, having enough people claim your spouse's allegations false can be highly effective in swaying a judge.

If enough people claim your spouse is lying, they will lose credibility, especially if any character witnesses they summon cannot corroborate your spouse's side of the story. If they are caught lying, the situation will worsen for them and your spouse. When testifying in court, even for civil matters like divorce, everyone in the courtroom is under oath.

What Happens to Liars in Court?

Everyone entering a courtroom to testify is under oath. You know what that means if you have any experience with the law or even drama shows with a courtroom setting. Being under oath means you have vowed to the court, as a branch of the government, that you are exclusively telling the truth.

In divorce cases, even the statements filed in the paperwork fall under oath. Virtually every document you or your spouse submits throughout the process will have a clause stating that, when you sign them, you acknowledge the information you provided to be true to the best of your knowledge.

When you violate the oath of honesty in a courtroom setting, you are not only discrediting yourself but committing a federal crime. The penalty of perjury is one of the most serious crimes, with the guilty party facing several fines and up to 5 years in prison. The slightest altered detail can be enough to warrant a perjury charge, which makes lying in the courtroom not worth the risk. If your spouse insists on placing false allegations against you, the judge will likely call them to speak in court. They are technically perjuring themselves if they stand by an allegation they know to be false.

The same principle applies to any character witnesses they summon. If the witness lies to defend their friend and the lie is uncovered, they will face perjury charges. While this does mean that your spouse's false allegations will likely net them a less favorable divorce settlement, if not prison time, it is not a one-way street. You will also be under oath, meaning you must take extreme care not to embellish a single detail about your side of the case. 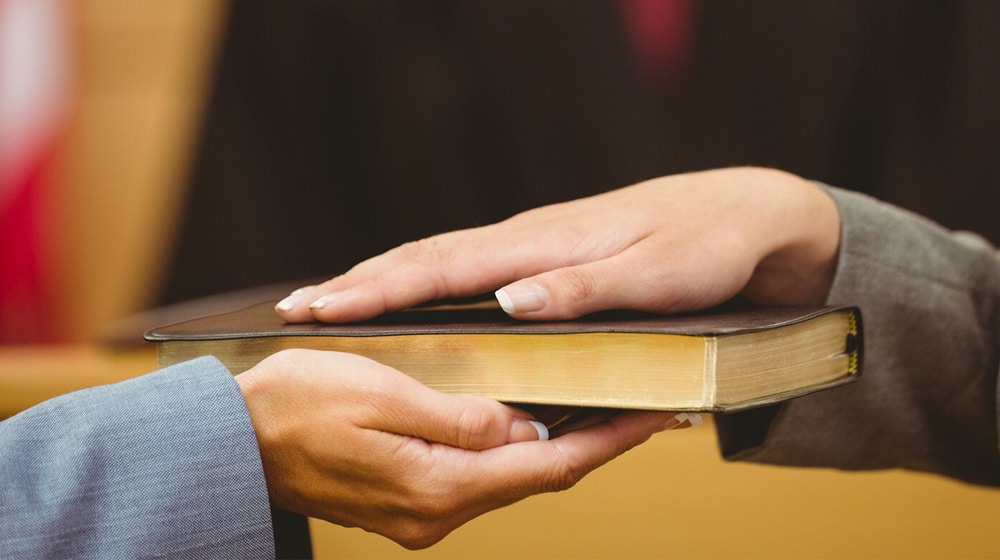 It is, unfortunately, very easy to cross the line into perjury, albeit on a minor scale. Any tweak to the story, no matter how small, could result in serious consequences if proven false. While minor infractions do not usually net a prison term, the judge could still hold you in contempt of court, which means fines and some time in jail. The process becomes much shorter if you can prove the perjury via the documentation you submitted to your legal counsel.

The best course of action when your spouse makes false allegations against you is to remain completely honest. If a question is posed, answer it honestly rather than making a minor adjustment. Even omission can be counted as perjury in some cases. If your spouse submits documents or makes a claim they know is false, and you prove it, they will face perjury. Combined with the evidence and witnesses, honesty will help neutralize any harmful claim your spouse might make about you.

While this article might equip you to handle false allegations from your spouse, there is always more to learn when dealing with divorce. Fortunately, learning more about divorce is simpler than it was even 30 years ago.

Divorce is not a situation anyone wants to find themselves in, especially when the marriage was meant to symbolize lifelong commitment. When a marriage does lead to divorce and reconciliation is not an option, the best one can hope for is an amicable split. Being married to a spouse comfortable with lying to get their way essentially eliminates the chance of an amicable divorce.

Having a spouse who levies false allegations against you throughout the divorce process can force you to be on the defensive from the outset. The key to surviving this tactic is ensuring you do not let it drive you into being reckless when dealing with them. 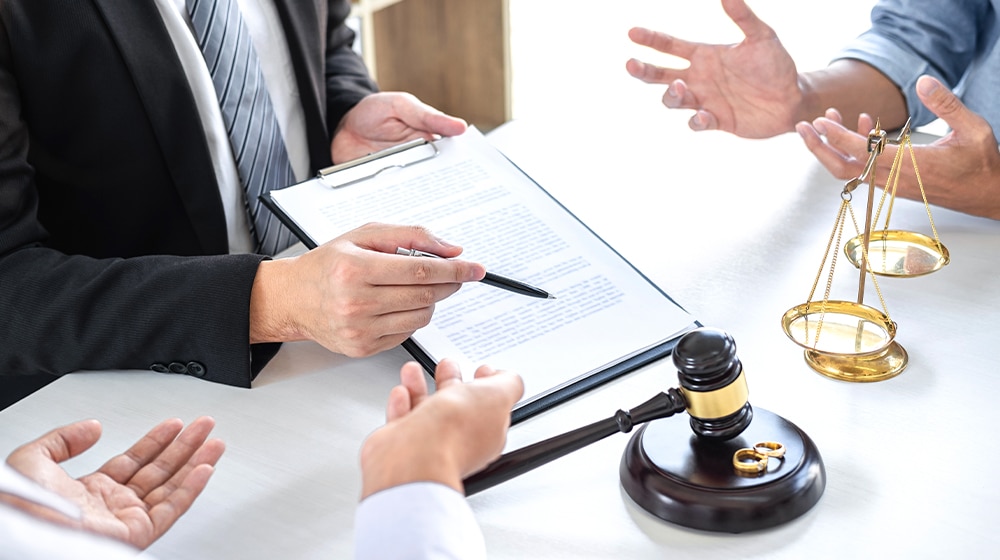 Reckless behavior such as confronting your spouse over their allegations can completely derail your claim. While we realize it is upsetting to have such accusations sent your way, it only helps your spouse when you let them affect your judgment. Following these tips and adhering to your lawyer's advice is the best thing you can do.

There is one last tip we can give you. Learn what you can about divorce proceedings to prepare for what comes after your divorce is resolved. There is plenty of important information available that can help you survive even the most ruthless divorces. 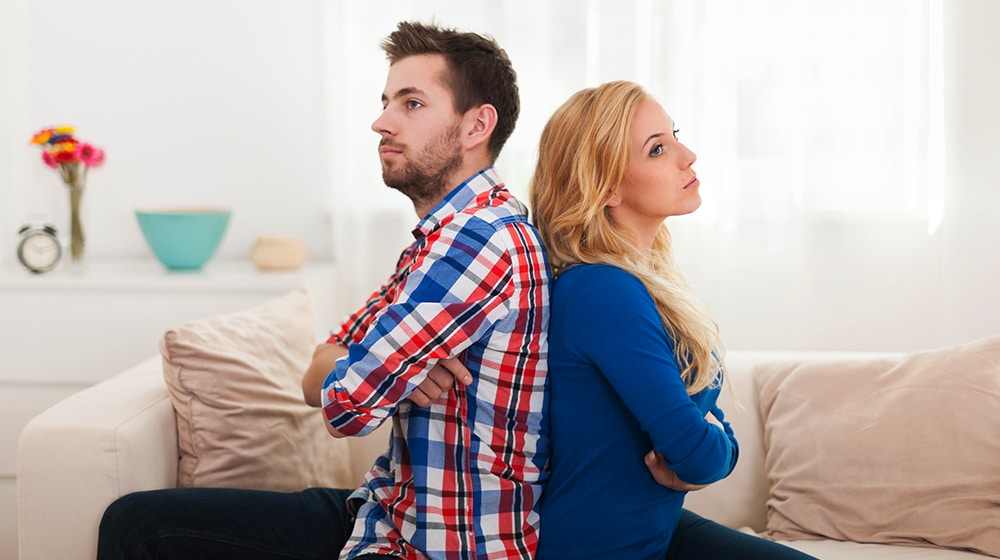 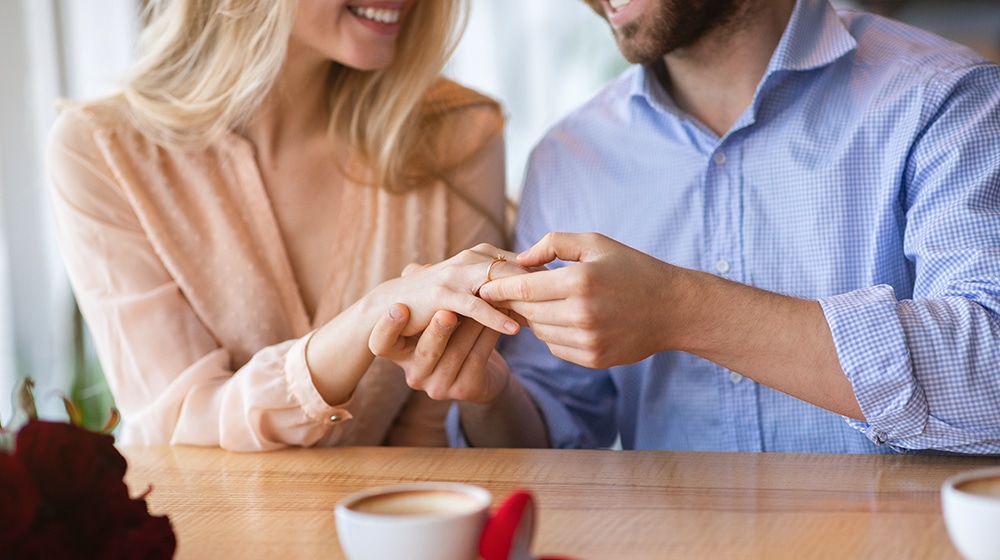 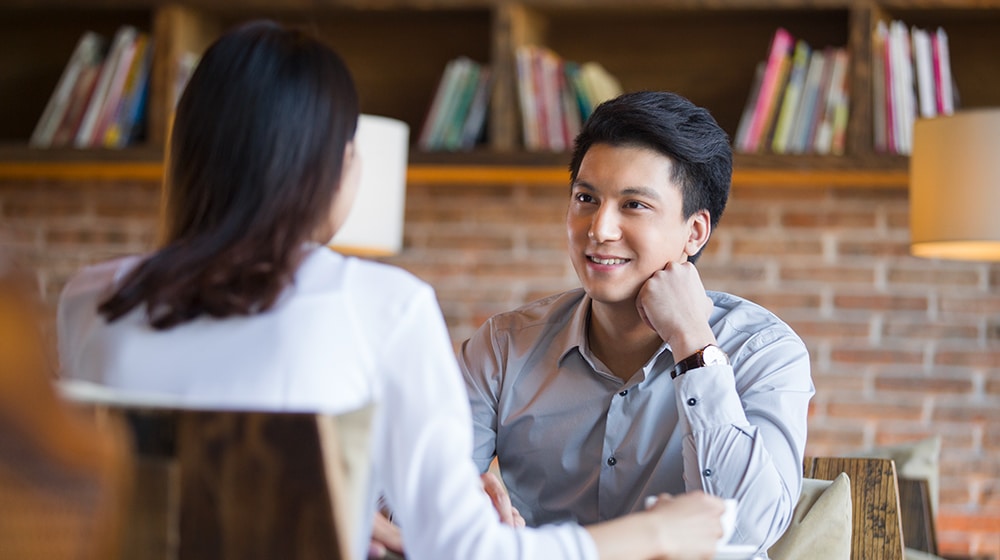