Should You Date During a Divorce or Wait Until It’s Over?

Divorce is a complicated situation in which to find yourself. When a marriage ends, it can be for several reasons, but more often than not, it is because the love you once shared with your spouse has faded. This can be a painful transition for you and your spouse since it signifies the end of your life together. The divorce proceedings are an equally unpleasant process that can eventually deteriorate into an argument depending on the nature of the split.

The stress and turbulence of divorce, especially lengthy ones, can be difficult to get through alone. You might even be considering getting back into the dating world so that there is a silver lining to the dark cloud of divorce.

Unfortunately, dating during a divorce is a controversial concept. Some may view you entering a new relationship while the other is in the process of ending as somewhat underhanded. However, you likely care little about what other people think about your decision.

If you are concerned about whether you should start dating before the divorce is finalized, you are likely a little more worried about how it could affect your divorce proceedings.

The last thing you want is for the divorce to be dragged out when you could have resolved it sooner.

Fortunately, dating before divorce is something that has been commented on before, and we're here to shed some light on these facts.

Table of Contents
Should You Date Before or After the Divorce Ends?
Accusations of Infidelity
Family Conflict
Financial Consequences
How to Navigate the Dating World During Divorce
Learn the Law

Should You Date Before or After the Divorce Ends?

The question that has brought you here today comes with a simple answer.

The general rule is that you should never date until after the divorce is finalized.

Most divorce attorneys will advise you to remain faithful to your soon-to-be ex-spouse for one simple reason. You are still married and expected to uphold your vows until the divorce is finalized. While there are no laws against extramarital affairs, the legal system does not take kindly to such infractions. However, upholding your commitment to your future ex-spouse is so important because dating before you are officially divorced can complicate the entire process. 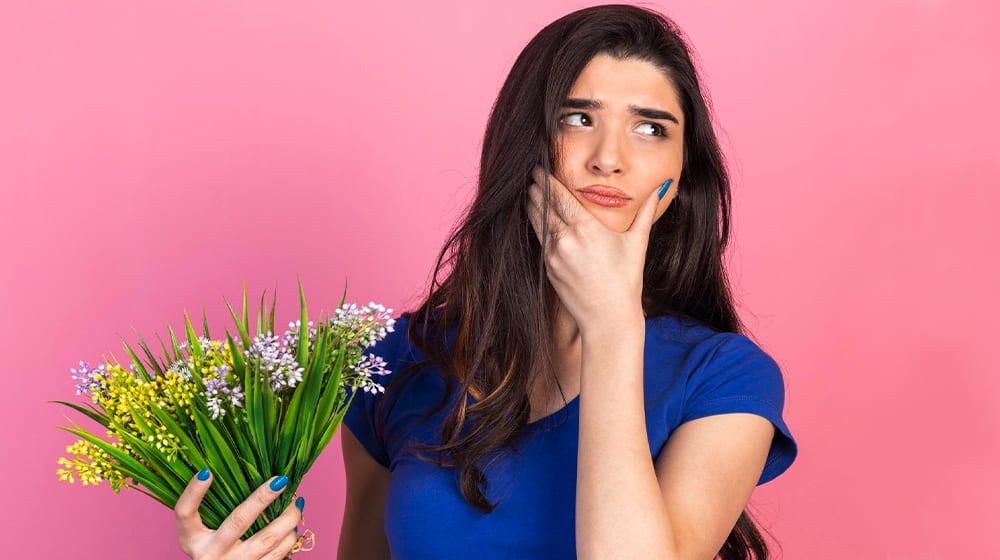 The biggest cause for caution regarding dating during divorce is how the court might interpret your relationship.

Several factors can affect the way you are perceived during divorce negotiations. If you present yourself poorly before the courts while dating someone new, it can cause the judge to favor your spouse in the negotiations that divorce facilitates. The biggest weapon your spouse will have against you and your new partner will be the timing of when you got together.

The biggest concern about dating during divorce is that your spouse could allege that the relationship began before the divorce process was started.

The new partner's presence during the proceedings can be an antagonistic force during the hearings and cause your spouse to accuse you of cheating on them with your new partner. These accusations can come even if there is no truth behind them, but they can still cost you some good faith with the presiding judge. Infidelity can profoundly affect your position of power when going through a divorce since it paints your spouse as the victim. This is why dating before the divorce is over is dangerous. 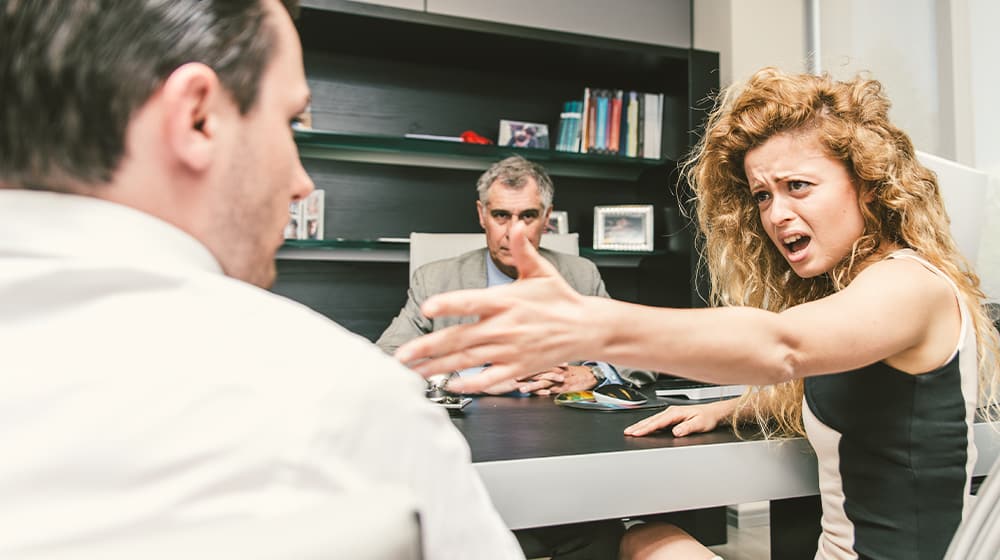 Your spouse's attorney may question your partner about:

Your new partner will likely face a serious inquiry that can put them on the spot as your spouse attempts to prove you were unfaithful. Suppose it becomes apparent that you entered into a relationship with your partner before requesting a divorce from your spouse. In that case, it can jeopardize your ability to secure a preferable agreement on the division of assets and child custody. However, if the relationship began after you were legally separated from your spouse, the odds of being punished in the divorce go down significantly.

Even if your relationship began while legally separated, it complicates the proceedings. There is a lot of emotion surrounding divorce for you, your spouse, and any children you might have. Introducing a new partner in the middle of it all can cause tension and conflict with your family and partner.

One more personal issue with dating during a divorce is how it affects your family and spouse.

Children are inclined to remain loyal to their parents and will likely view your new partner as an intruder to their family. Divorce affects children in ways many do not realize. They have a less practical view of the world. While you and your spouse might have too severe differences to reconcile, your children may only see it as their parents separating and dissolving the family.

If you begin dating before the divorce is finalized, they might view your new partner as an attempt to replace their other parent. While this is certainly not your intent, it is a significant risk of attempting to find new love as the old one ends. We are not saying you do not deserve happiness, but you need to account for how your pursuit of happiness affects your family so you can be tactful. It is recommended that you not introduce a new partner to your children until six months after the divorce is finalized, but we will touch on that a little later. 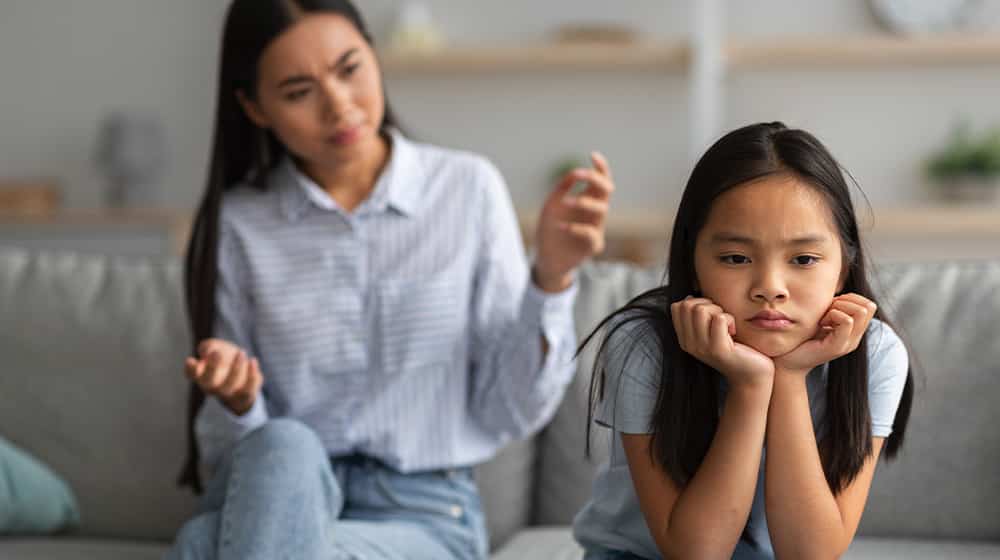 In addition to your children, your spouse will likely be upset. Even if things were amicable up to a point, seeing you with a new partner before the divorce is complete can cause emotions to flare. This can cause your spouse to double down on their efforts to generate a more aggressive divorce case against you. No one likes feeling as though they have been replaced, and your spouse will like it even less, hence the earlier point surrounding allegations of infidelity.

Surprising your family with a new partner while the divorce is underway is a surefire way to generate animosity and conflict. It can affect which parent your child is willing to live with and how aggressive your spouse is in the divorce proceedings. However, it can also directly impact the duration of the divorce case as a more irate spouse will pursue their case against you with more fervor. The longer your divorce proceedings, the more it costs you financially. This means dating during the divorce can incur a financial consequence just as it can trigger an emotional consequence.

For all the emotional stress they bring, divorce cases are still legal claims that involve a fair amount of cost. Several expenses are associated with civil cases like a divorce that are inescapable if you want to get through the negotiations. This is especially true if an ex parte order is issued on your finances, preventing you from making significant financial transactions.

However, your biggest financial concerns during your divorce will be legal costs such as retaining a divorce attorney and filing fees. Unfortunately, these costs are not strictly one-off transactions where you make a payment and enjoy legal coverage for the entirety of the case.

Your attorney invests a fair amount of time and resources into your case and will have their costs to consider. This means that the investment of time into your specific case will cost them more and more to continue representing you. As their costs go up, so do yours since you will need to continue compensating them until your case is finally resolved. You will also be responsible for filing fees your attorney processes for your case. The longer your case, the more documents get filed and the more compensation your attorney requires. 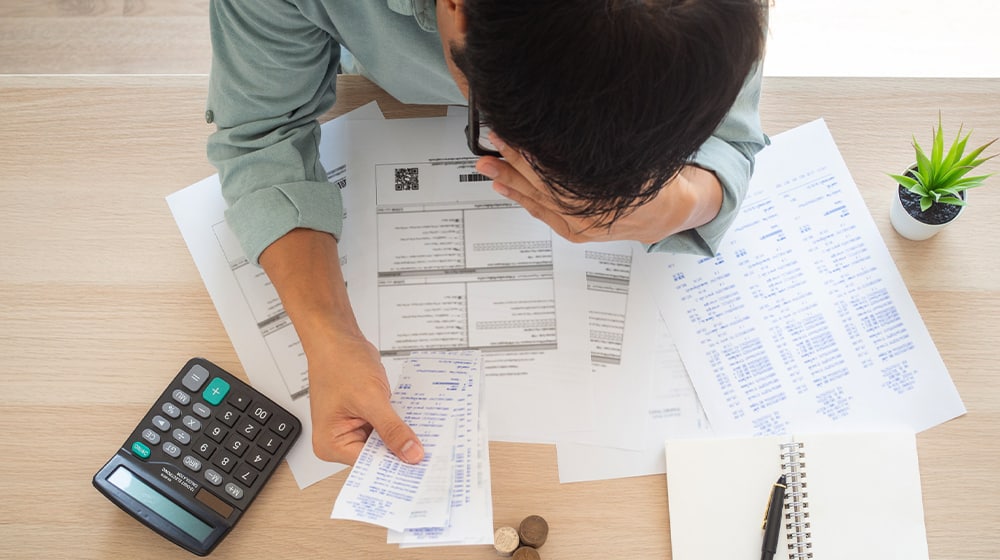 As for the legal expenses, your case is more likely to go on longer if your spouse fights tooth and nail over things that would have been a minor negotiation point if you are dating again. While it might sound petty, your spouse will likely feel hurt at how quickly you were able to move on and feel like they deserve more than they would have asked for originally.

Every new argument extends the duration of the case and increases the costs incurred by your legal representation.

This might seem a little unfair if you have found someone you genuinely care for after your relationship with your spouse has ended. Unfortunately, there is a protocol to follow during divorce proceedings if you do not want to complicate your case or alienate your family.

How to Navigate the Dating World During Divorce

Life is never as simple as just doing what is expected of you. Sometimes, the idea of not dating during your divorce seems simple in theory but becomes impossible to execute as life continues. You never know who you will meet or when, so you may meet a compatible partner in the middle of your divorce. 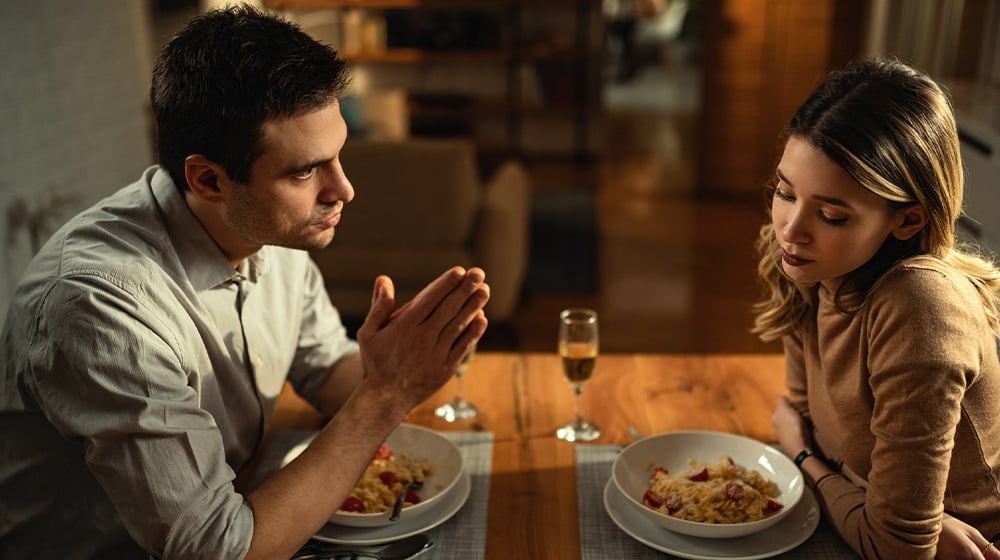 While this is unfortunate timing, there is a rule you must follow to avoid having a new relationship affect your legal standing during the divorce.

These rules should be sufficient to prevent any complications in the divorce from your spouse. However, we will again reiterate that waiting until the divorce is finalized is the ideal scenario. With all the emotions surrounding divorce proceedings, dating can be bad for your case and you. Whether you realize it or not, you are dealing with your own emotions during the divorce that can affect your judgment. However, a little research can help you prepare for what divorce entails.

Divorce is difficult for everyone, and the emotional turbulence of the dissolution of a family can make it difficult to think objectively. The divorce affects you, your spouse, and your children equally, and we know that it is tempting to look for comfort during this process. However, dating during a divorce is an inadvisable course of action. Not only can having a new partner interfere with the strength of your divorce case, but it can also place an undue burden on your new partner as they are roped into the conflict. We are not saying you do not deserve to move on, only that the timing matters. 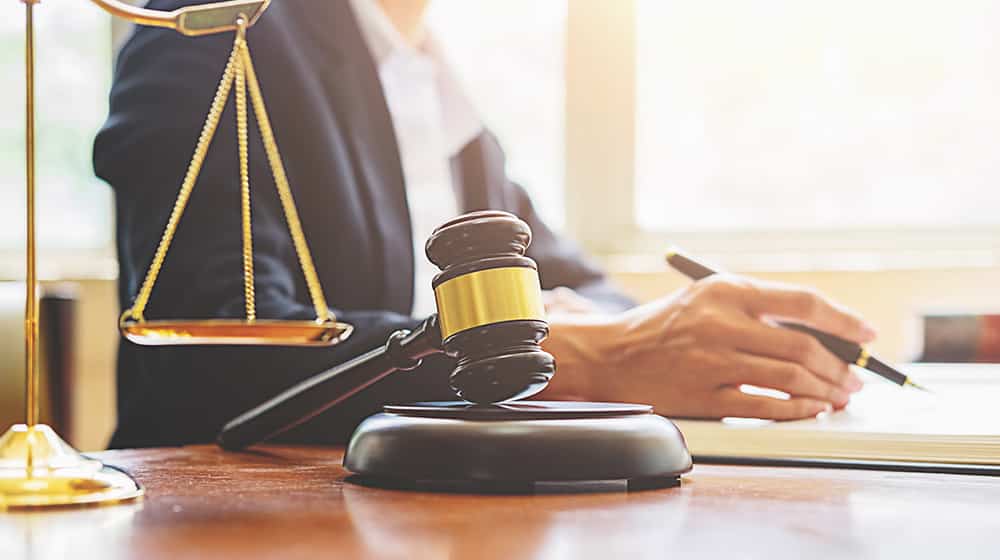 Divorce is messy and complicated, even for the legal experts involved. While there is little you can do to reach their level of knowledge, learning about divorce proceedings can help you make informed choices. We hope you can find happiness once your divorce is over, but always remember that not every decision is for the best. 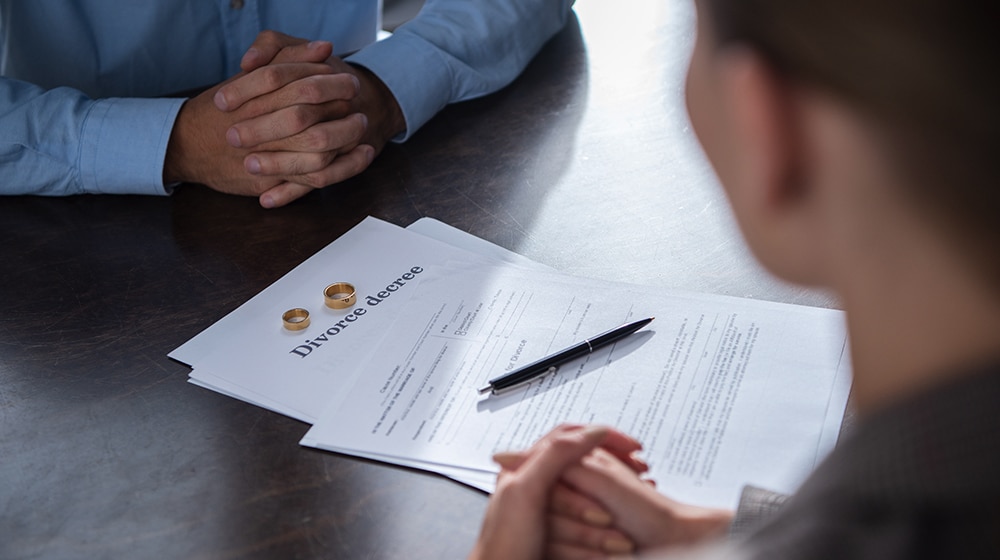 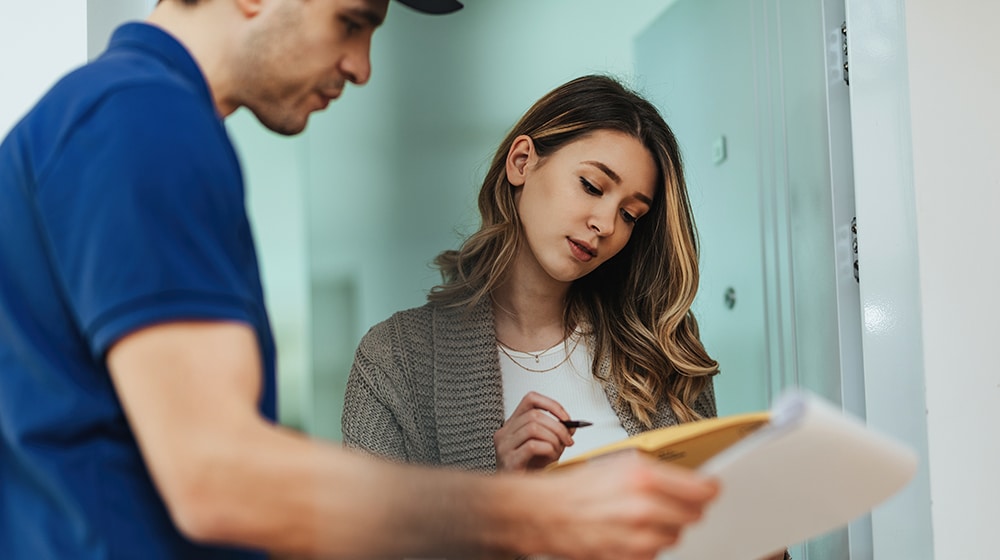 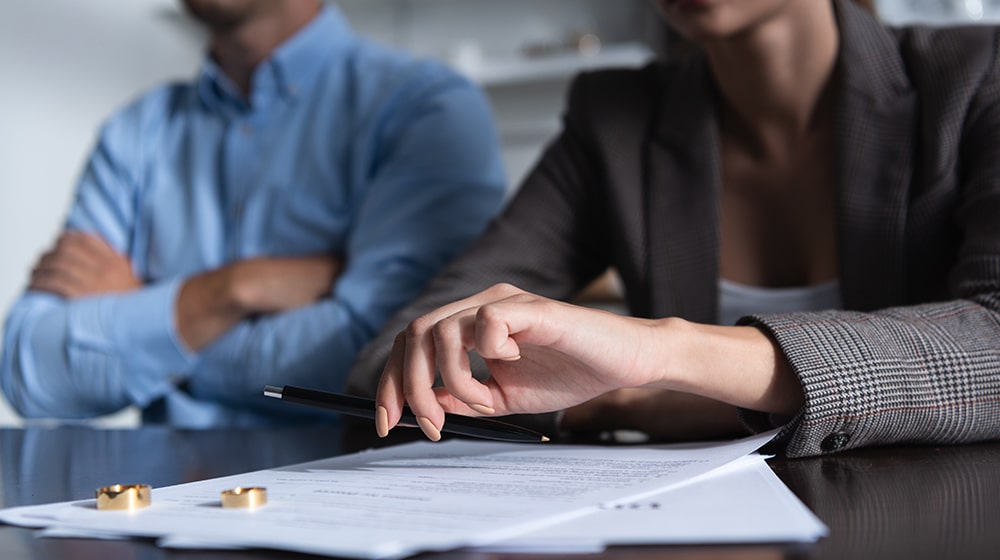